Switch to the dark mode that's kinder on your eyes at night time.

Switch to the light mode that's kinder on your eyes at day time.

Switch to the dark mode that's kinder on your eyes at night time.

Switch to the light mode that's kinder on your eyes at day time.

3 short funny jokes for adults and 7 longer stories.
All the adult jokes is clean and suitable for the whole family.
Here you have jokes about wife, doctors, lawyers and of course a blond and a readhead.

The doctor and his wife

A doctor and his wife were having a big argument over breakfast one morning.
As things got heated, the doctor shouted at his wife, «You aren’t so good in bed either!» and then he stormed out of the room and went to work.
A couple of hours later he was feeling guilty about what he’d said so he decided to call his wife to apologize.
There was a long delay before she finally answered.
«What took you so long to answer?» asked the doctor.
«I was in bed» replied his wife.
«What were you doing in bed at this time?» he asked.
«Getting a second opinion.»

Why is girlfriend one word but best friend is two words?
Because your best friend gives you space when you need it.

One morning Frank calls to his boss.
«Good morning, boss. Unfortunately I’m not coming to work today. I’m really sick. I got a headache, stomach ache, and both my hands and legs hurt, so I’m not coming into work.»
The boss replies: «You know Frank, I really need you today. When I feel like this I go to my wife, and tell her to give me some… “you know what”. That makes me feel much better, and I can go to work. You should try that.»
Two hours later Frank calls:
«Boss, I followed your advise, and I feel great! I’ll be at work soon. By the way, you got a nice house.»

How are babies made?

A child asked his father, «How were people born?»
So his father said, «Adam and Eve made babies, then their babies became adults and made babies, and so on.»
The child then went to his mother, asked her the same question and she told him, «We were monkeys then we evolved to become like we are now.»
The child ran back to his father and said, «You lied to me!»
His father replied, «No, your mom was talking about her side of the family.»

The attorney at law

In World War I there was trench warfare, and neither the Americans nor the Germans could get the upper hand. They were reaching a stalemate.
One day, an American came up with a plan that would win them the war. This private explained his plan to his trench mates, and they figured, “Why not? It’s not like we have any better ideas.”
The next day, an American soldier called out, «Hans!?»
A German popped up and shouted back, «Ja?!»
Boom, the German was shot dead.
The next day the Americans shouted again, «Hans?!»
«Ja?!» Shot dead.
This process continued over the next couple of days.
The Germans were losing large numbers, and were now finally catching on.
The Germans had an emergency meeting. They thought they could come back from the heavy losses using the same tactics as the Americans. Thus, a German asked, «What is a popular American name?»
«John!» replied another.
The next day, the Germans decided to execute their plan. A German shouted, «John!?» An American called back, «Is that you Hans?!»
«Ja!» And that is how the Americans won WWI.

I asked 100 women which shampoo they preferred.
Almost all of them replied: «How the hell did you get in here?»

My wife called me and asked, «Do you ever get a shooting pain across your body, like someone’s got a voodoo doll of you and they’re stabbing it?»
I was a little concerned as I answered, «No.»
She said, «How about now?»

Ken was at the hospital visiting with his best friend James who was dying.
Ken asked, «If there is baseball in heaven will you come back and tell me?»
James nodded yes just as he passed away.
That night while Ken was sleeping, he heard James’ voice in a dream, «Ken…»
«James! What is it?!» asked Ken.
«I have good news and bad news from heaven.»
«What’s the good news?»
«There is baseball in heaven after all. The bad news is you’re pitching on Tuesday.»

A blonde and a redhead have a ranch, and they have just lost their bull.
The women need to buy another, but they only have $500, so the redhead tells the blonde, «I will go to the market and see if I can find one for under that amount. If I can, I will send you a telegram.»
She goes to the market and finds one for $499. Having only one dollar left, she goes to the telegraph office and finds out that it costs one dollar per word.
She is stumped on how to tell the blonde to bring the truck and trailer.
Finally, she tells the telegraph operator to send the word «comfortable».
Skeptical, the operator asks, «How will she know to come with the trailer from just that word?»
The redhead replies, «She’s a blonde so she reads slow: ‘Come for ta bull.’»

Have you read this funny joke? 👉 Punched in the face 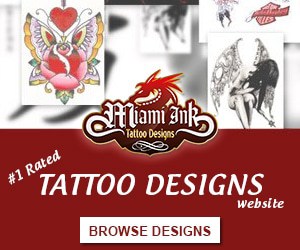 Something weird has happened
Back to Top
Close

Your password reset link appears to be invalid or expired.

To use social login you have to agree with the storage and handling of your data by this website.